Free Shipping on orders over $99

One time I had to find gifts for 8 year old boys. It was my nephew’s birthday, but I didn’t know what to buy. However, after one key insight which we’ll discuss shortly, I found the perfect present. When he finally took a second and stopped playing with it he said “Thank-you” and gave me a big hug.

There are literally thousands of gifts for 8 year old boys you can choose from. There’s everything from books, to drones, to construction toys, to beach toys and even science projects.

The insight that helped me find the perfect present for my nephew was counterintuitive. I stopped looking for gifts for 8 year old boys and looked for something else instead.

I looked for AFL toys. Why? My nephew absolutely loves AFL. Everything to do with AFL is important to him. In the end, I found the AFL board game, like the one below. He loved it.

Once I stopped looking for generic gifts for 8 year old boys and searched instead for things specific to his interests it became easy. So that’s the insight. Think of what they’re interested in, and search for gifts that match that passion.

So whether your 8 year old loves dinosaurs, science, AFL, cars, toy guns or other 8 year old boy passion, there is a gift that will match his interests. So when looking through the gifts below, ask yourself, which one is my 8 year old already most interested in? Answer that, and you’ll know which gifts for 8 year old boys is for you. 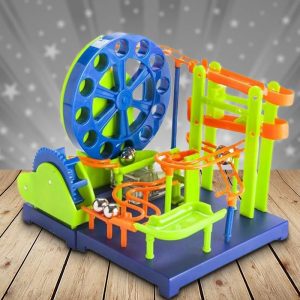 Marbles is a classic game for 8 year olds. Our parents and grandparents likely played marbles with their friends when they were young. However, there are so many digital games on Playstation, iPad and XBox that capture kids attention. Marbles couldn’t compete—until now. This Marbles Kit has so much to it that marbles will become a go to game once again for 8 year old boys. 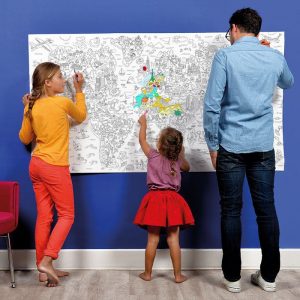 This Colouring Poster lets 8 year old boy’s imaginations run wild, whilst honing their hand-eye coordination. It makes a fantastic gift for rainy days as it will occupy them for hours. By the time they’ve finished the poster they’ll have a masterpiece worthy of hanging in the Louvre or on his bedroom wall.
$49.99 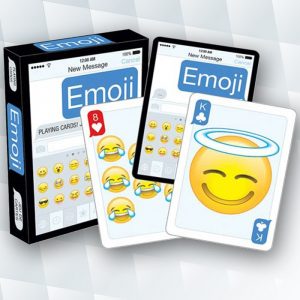 You’ll put a smile on your 8 year old boy’s face just like the emoji’s when you give him a pack of emoji playing cards. He’ll be feeling as happy as a smiley as he slaps down the winning hand or be like the little devil on his card as he draws the queen you needed. No matter what card game you’re playing he’ll reckon his emoji deck of cards is ace.
$19.99 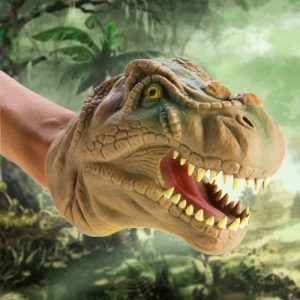 Give your 8 year old a T-Rex hand puppet and he’ll turn his playroom into Jurassic Park. Fearsome roars will bounce off the walls as he tramples through the jungle, hunting down his prey. And you better get T-Rex his snack when he growls or you’ll be talking to a mighty fearsome hand.
$9.99 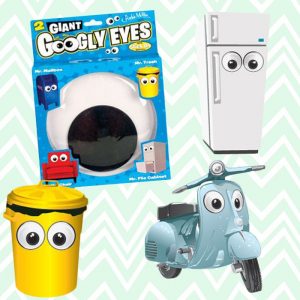 Googly Stick on Eyes lets your 8 year old play the ultimate game of eye spy. He can stick them on the fridge or the ceiling or on the back of his bedroom door, so you get the creepy feeling he’s watching you. And you always thought you were keeping an eye on him!
$10.99 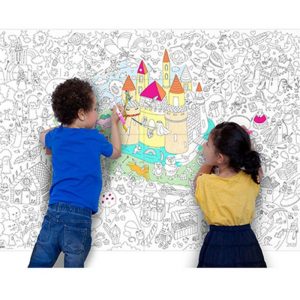 Every 8 year old boy loves to draw and they love things that are big like dragons and castles. With this Magic fantasy Colouring Poster he’ll learn to colour on a grand scale. You’ll be amazed as the poster becomes a vibrant work of art as he carefully colours within the lines. It’ll be a masterpiece worthy of going straight to the pool room. 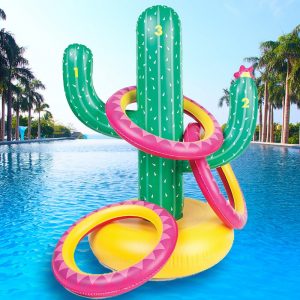 An afternoon splashing around in the pool will become even more fun for your 8 year old boy if you give him an inflatable cactus. He and his mates will have a great time trying to nail a toss as the cactus bobs around the pool. And as the final ring searches for its mark, the last one to retrieve a ring is a rotten gringo.

8. Volcano Grow Your Own Dinosaur 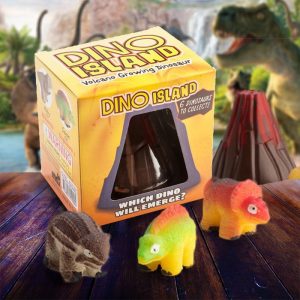 8 year old boys love experiments and will be gobsmacked by this gift. Add water and slowly a fierce dinosaur will emerge from the volcano. And just like your 8 year old who loves mates to play with, so does his dinosaur, so get him the set of six dinosaurs for a roaring good time.
$8.99 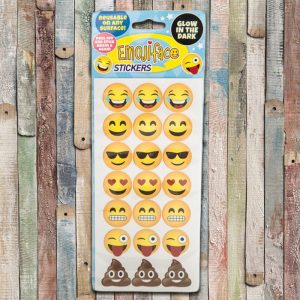 Eight year old boys are not always the greatest communicators but if you give him 21 emoji stickers, you’ll have a much better idea how he’s feeling. He can stick the mood of the day on his bedroom door and you’ll know if he needs a hug or a bit of quiet time. And because they’re reusable they’re as changeable as his moods. 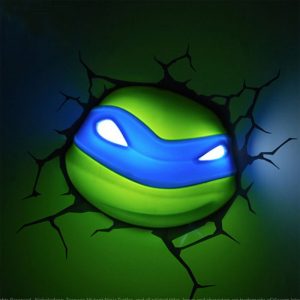 Young fellows always fancy themselves as being brave but a nightlight wouldn’t go astray, would it? Besides it’s only for reading, or so you can tell your brave little soldier. In truth, the bedroom can get a little lonely, so why not a super tough teenage mutant ninja for company?
$69.99 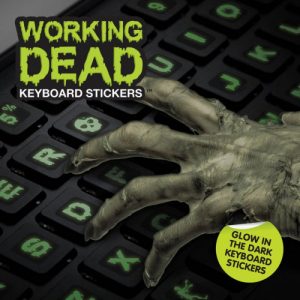 8 year olds love their spooky computer games so why not spook up his keyboard? Glow In The Dark stickers makes each key pulsate like a throbbing heart, as darkness comes calling. A fantastic gift for Halloween on which he’ll give a glowing report to his mates.
$12.99 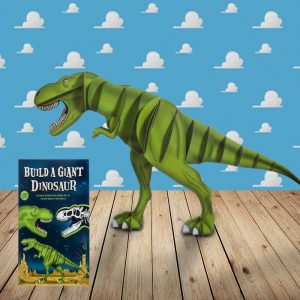 There’s a builder in every little man and they gain a great sense of achievement from putting things together. Give him this fearsome T-Rex to build and it will take pride of place on his bedroom shelf. It’s so lifelike, it may not be just your imagination when you hear a terrifying roar coming from his room. 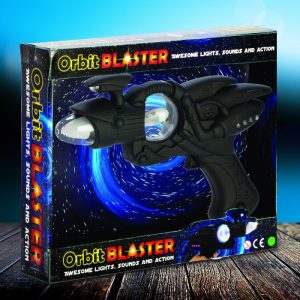 He’s going on a dangerous space mission, so he can’t go unarmed. The only thing that will stop a flesh eating alien in its tracks, is an Orbit Blaster Toy Gun. Ground control to mission; are you ready for launch? Spaceship-check, supplies-check, orbit blaster-check. Take-off!
$14.99 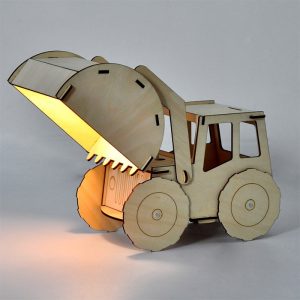 Young boys are fascinated by heavy machinery, particularly one that can rip and dig. It’s the noise and the power of the digger and the thought of what they could do if they were behind the controls. Let your 8 year old drift off to sleep next to his night light excavator and dream of when he’s the man in the machine.

15. Build Your Own Rubber Band Car 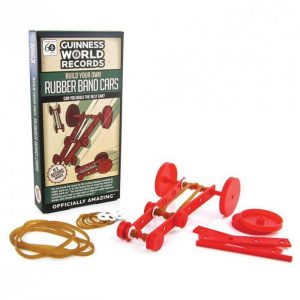 This is the perfect gift for an 8 year old boy because it combines two things they love, cars and building things. Together you can have the satisfaction of putting together his new favourite toy and then take turns setting new world land speed records. Watch the time and the car fly by as it gives the two of you hours of fun. 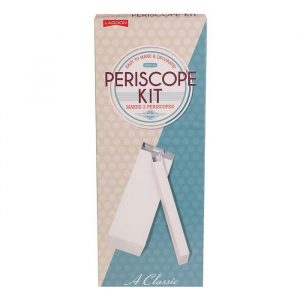 Kids love building things and understanding how science works. This Periscope Kit allows your eight year old to build their own cardboard periscope. The command “Up Periscope” will boom around the house as your submariners explore all your nooks and crannies.
$16.99 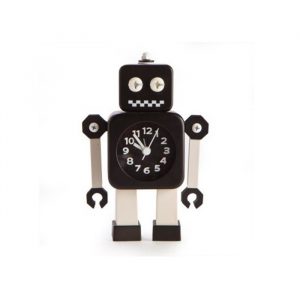 “It is time to get up. It is time to get up”. No doubt robots are going to play a very big part in the future. Give your 8 year old a Robot Alarm Clock and his metallic mate will rouse him out of bed and make sure he’s ready for school.
$21.99 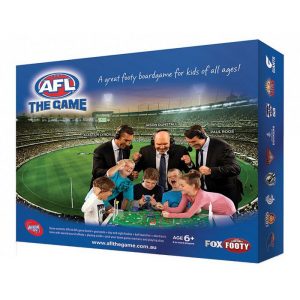 8 year olds are obsessed with footy. They live it, breathe it and dream of one day being an AFL star. Give them the Official AFL Boardgame and they can play against mates, as any AFL team, testing their skills, tactics and understanding of the greatest game of all.
$74.99 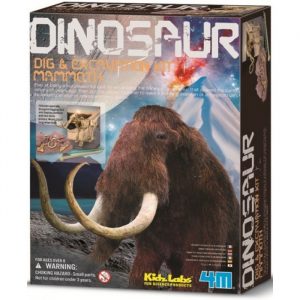 Teach your 8 year old that the way to predict the future is to study the past. Give him a Mammoth Skeleton Kit and he’ll become intrigued by the creatures that roamed the earth long before our time and want to learn all about them. You never know, you might have a budding little David Attenborough on your hands.

Which of these gifts would the 8 year old boy you know like best? The marbles? Colouring poster? The periscope kit? If it’s on this gift guide, you can be sure that it will engage his mind.

Login To improve your shopping experience or Register