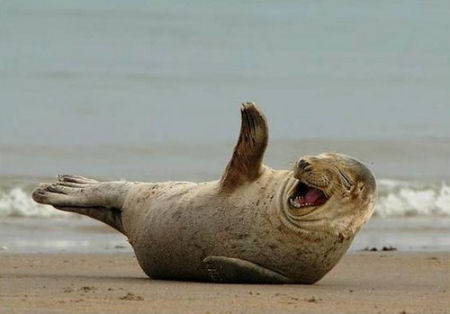 You never know the reaction a joke will get. When you tell these funny stupid jokes to your friends, they won’t know whether to groan or laugh!

I used to be addicted to the hokey pokey…

… but then I turned myself around.

What’s the most terrifying word in nuclear physics?

“Um.” —First horse that got ridden.

I was wondering why the ball kept getting bigger and bigger…

And then it hit me.

I got fired from my job at the bank today.

An old lady came in and asked me to check her balance, so I pushed her over.

What did Batman say to Robin before they got in the car?

Sometimes I tuck my knees into my chest and lean forward.

That’s just how I roll.

A man got hit in the head with a can of Coke.

Thank goodness it was a soft drink.

Have you heard the one about the bad pole-vaulter?

It never goes over very well.

Two fish are in a tank. One says to the other, “Do you know how to drive this thing?”

Never criticize someone until you’ve walked a mile in their shoes. That way, when you criticize them, they won’t be able to hear you from that far away. Plus, you’ll have their shoes.

The shovel was a ground-breaking invention.

What do you call cheese that isn’t yours? Nacho Cheese.

Want to hear a joke about construction?

I’m still working on it.

What do you call an elephant that doesn’t matter?

Dad, can you put my shoes on?

What do you call a fake noodle?

I hear they’re gonna give him a really tough sentence.

I own the world’s worst thesaurus.

Not only is it awful, it’s awful.

So what if I don’t know what “Armageddon” means?

It’s not the end of the world.

What’s the difference between a good joke and a bad joke timing.

Don’t you hate it when someone answers their own questions?

Some people just have a way with words, and other people … oh … not have way.

I don’t want to brag, but I do speak pig Latin; I mean, I’m not fluent, but I’m sure if I ever went there, I could get by.

My girlfriend and I often laugh about how competitive we are.

But I laugh more.

What do you call a fish with no eye?

Why do you smear peanut butter on the road?

To go with the traffic jam.

I still remember what my grandpa said right before he kicked the bucket:

“How far do you think I can kick this bucket?”

What’s the stupidest animal in the jungle?

A limbo champion walks into a bar

Where did Napoleon keep his armies?

What is Harry Potter’s favorite method of getting down a hill?

Because he’s got little legs.

Why did Snoop Dogg need an umbrella?

Two dyslexics walk into a bra.

A coconut on vacation!

What do you call a bear with no teeth?

I never wanted to believe that my Dad was stealing from his job as a road worker.

But when I got home, all the signs were there.

What’s the difference between roast beef and pea soup?

Anyone can roast beef but nobody can pee soup!

What’s the difference between a cat and a complex sentence?

My grandfather has the heart of a lion…

…and a lifetime ban from the New York City Zoo.

What’s green and has wheels?

Grass. I lied about the wheels.

… unless everyone gets it.

What’s green, fuzzy, and would hurt if it fell on you out of a tree?

Why can’t you hear a Pterodactyl go to the bathroom?

Because the pee is silent.

Cosmetic surgery used to be such a taboo subject.

Now you can talk about Botox and nobody raises an eyebrow.

What do you call someone who immigrated to Sweden?

… so I’m going to start taking steps to avoid them.

Which Is The Funniest Of These Stupid Jokes? 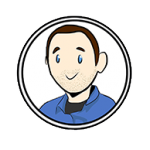 Our wily wordsmith, Tom, is a key weaver of yarns and the chief storyteller at Octopus HQ. Tom writes words of wit and wisdom which can be read on Yellow Blogtopus. He also helps pen the praiseworthy product descriptions that help you decide what you feel like purchasing from us. Along with our Marketing Maestro, he helps brain storm and devise new plans for how to spread the name of Yellow Octopus to deserving Australians from Kakadu all the way to King Island.